The 8 Best Microphones for Vocals 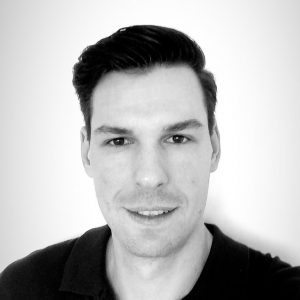 Looking to record some vocals? Then you want a vocal mic that delivers crisp recordings along with an accurate representation of your voice. In this post, I review the best microphones for vocals.

I understand how important research is when it comes to microphones and other expensive vocal equipment. No one wants to spend several hundred dollars on a mic that doesn’t quite live up to their expectations.

I use my microphones for a variety of reasons. I’m a podcaster and an amateur musician. Since I was in the market for a new microphone, I thought it would be helpful to document my research and make it public so more people could benefit from my findings.

I’m an audio tech fiend, so I have to admit that I really enjoyed playing around with all the different microphones on my list. There wasn’t a single one that I would label as “bad” — they just vary a bit in what they’re best used for.

However, with my interests in vocal musical sound and podcasting, I wanted to find a versatile microphone to cover my bases without breaking the bank completely.

I got exactly what I wanted with the Shure SM7B mic.

At a Glance: Our Pick of the Best Microphones For Vocal Recording

I had a rough idea of the categories I was interested in rating before starting this experiment. However, I eventually narrowed the categories down to eight that revolved around various types of audio.

Well, enough chit-chat — let’s get to the good stuff:

When it came down to selecting the best overall microphone for vocals, the Shure SM7B was the clear winner. You can read the full Shure SM7B review here.

This mic probably isn’t best for beginners or those who just want to play around on the weekend. However, if you’re serious about your vocal work and looking for a high-quality mic that can perform on multiple levels for every type of voice — this is your mic!

And the public agreed with me.

Pretty much every single review site listed this microphone as averaging five out of five stars! We’re talking about thousands of very satisfied and delighted mic users — that’s pretty darn impressive! People loved it for a variety of reasons, and so many reviews commented on how they felt it made their voice sound “real.”

I know many people don’t like the sound of their own voice, but this mic really helped to introduce clarity into the mix.

I particularly appreciate the versatility of this mic. It’s eliminated my need for job-specific microphones.

The Audio Technica AT2020 is an excellent lower midrange microphone! Overall, it offers clear and crisp vocals and is very dependable. I didn’t find it to be terribly picky with placement, which is nice when you don’t have a lot of time to prep and test the microphone.

I would recommend this to myself about five years ago. This is a fantastic value microphone for what it’s delivering. This is an excellent option if you can afford to compromise just slightly on the audio details.

I would recommend this mic to my friends who are just starting out in podcasting, voice-overs, or amateur music production.

I really enjoyed my time playing around with DPA’s d:facto 4018 microphone. This high-end microphone was just on the edge of my price range. The d:facto is a super-cardioid, condenser mic, which is excellent for on-stage, live performances.

At the end of the day, it didn’t offer enough value for me to justify the extra cost. However, I know some touring bands do use these mics. So I still think it’s an excellent option for people.

This microphone is on the list because it is hands-down the best vocal microphone in its jaw-droppingly low price range.

This microphone will probably cost you less than last night’s dinner!

That said, judging by the customer reviews, this microphone deserves some recognition. This microphone looks suspiciously like the high-quality Shure SM58, which is next on my list. I imagine it wouldn’t be hard to pass it off as a Shure visually. However, the sound qualities don’t compare.

The sound on the Behringer is impressively good for the price, and it handles feedback better than I would have anticipated. I would definitely recommend this mic to someone on a strict budget. I plan to gift it to my 14-year-old nephew for his garage band.

The Shure SM58 microphone was first released in 1966 and is the world’s top-selling live performance mic.

It’s a unidirectional cardioid dynamic vocal mic designed for use in live performances. It has an excellent spherical filter to minimize external noise such as “pops” and wind. Overall, it has an excellent reputation amongst musicians.

The Shure SM58 is a phenomenal mic — especially for touring and live performances. It has exceptional and consistent sound quality. It offers a wide frequency response, and it’s extremely durable.

The RØDE Podcaster is a specialist USB microphone that focuses its efforts on delivering great vocals for podcasts. It’s a dynamic mic that gives the benefits associated with a dedicated speech microphone.

While most USB mics are condenser microphones, the RØDE Podcaster is dynamic. It employs a 28 mm neodymium dynamic capsule and an internal pop filter to help minimize unwanted sounds and distortion.

It’s compatible with Windows 7 and 8 and Mac OS X and some Linux distributions. It also works with the Apple iPad and the GarageBand app.

The last thing worth noting is the size and weight of this microphone. It’s wider than most mics, so it may not fit in your current mounts. Additionally, it’s cumbersome at 655 grams, so if you plan to use it with a mic boom arm, check that the boom can handle its weight.

The Blue Yeti USB mic has a retro-style look and a heavy, solid weight. It’s undoubtedly not dainty! It’s designed to sit directly on your desk. However, many people choose to remove the stand and use it in an external microphone arm set-up.

It has a built-in gain dial, a volume knob, a mute button, and a pattern switch to choose between four operating modes:

I tested each of the four modes and found the Yeti to give clear quality vocals in every test. You may need a pop shield. I certainly would invest in one if I were to purchase this mic.

This mic is a great value, giving a high-quality performance for a reasonably low price.

The Neuman TLM 102 is an effective microphone for voice-overs. It produces wonderfully clear-sounding vocals without any harshness. For the price, it’s also great for acoustic guitars and general studio usage.

It’s a nominally cardioid-only microphone without any built-in pads or filters. It’s not exceptionally sturdy, so I wouldn’t recommend taking it out of your studio for live performances or anything similar. It’s also surprisingly small, almost toy-like. However, it’s sturdy and certainly does not have a “cheap” feel.

The mic itself is no-frills. It doesn’t have an array of buttons, switches, or dials. Just plug it in and go! It has a glued diaphragm designed to respond quickly, resulting in excellent transient detail.

This mic is really built and designed for in-studio usages, like voice-overs — and I have to say, it does that job exceptionally well! I highly recommend this mic for in-studio use, particularly voice-over work. Give it a try — you won’t be disappointed!

After playing around with these eight superb microphones, I have to admit that I feel a bit spoiled. Even though this article focuses on the best microphones for vocals, I played around with my instruments as well, and I mentioned when I was impressed.

However, the most important things I focused on were the vocal sounds coming out of the microphones. Those sounds can be affected by how the user is using their voice — are they:

Then there were questions about the user’s voice itself, which could affect which microphone might be best for them.

For example, does the user:

I looked at the microphones’ features, their built-in features, and the user’s amount of control to modify and adjust the sound quality. I also considered things like weight, sturdiness, multi-functions, wind distortion, and whether it would be appropriate in other settings outside of a studio.

Finally, the cost is an essential factor to almost everyone — if it’s not for you, then I recommend you get all of these mics! But on a serious note, it’s refreshing to see that budding musicians and entrepreneurs can get their hands on extremely high-quality mics for under $100. Of course, the quality goes up with the price, but there are some really phenomenal options out there for those on a budget.

In the end, I chose the Shure SM7B as the “Best Overall Microphone” because of its versatility. The ability to use one mic for all of my vocal work carries huge appeal for me. If you want an all-in-one mic like the SM7B, you should expect it to cost a bit more because you’re essentially replacing your other mics.

At least, that’s how I rationalized it to my partner.

Also, its durability helped me look past the dollar signs. I plan on using this mic for a very long time. During my research, I read stories of these mics bouncing out of trucks going 65 M.P.H. and surviving to be used in the live performance that night! It’s seriously built like a tank.

Again, the price tag on this mic is probably going to exclude all but the most devoted beginners, and that’s understandable. There are some excellent budget-friendly options on the market today that can be easily upgraded when the time comes.

Well, enough about my fun mic experiment. I’m sure you can’t wait to get your hands on the Shure SM7B microphone and check out the vocals for yourself!

Added to wishlistRemoved from wishlist 3

Why Is My Mic So Quiet? – 10 Possible Reasons

Added to wishlistRemoved from wishlist 1

What Is Microphone Gain? – The Ultimate Guide

Added to wishlistRemoved from wishlist 3

What Is A Condenser Microphone And When Should You Use One?